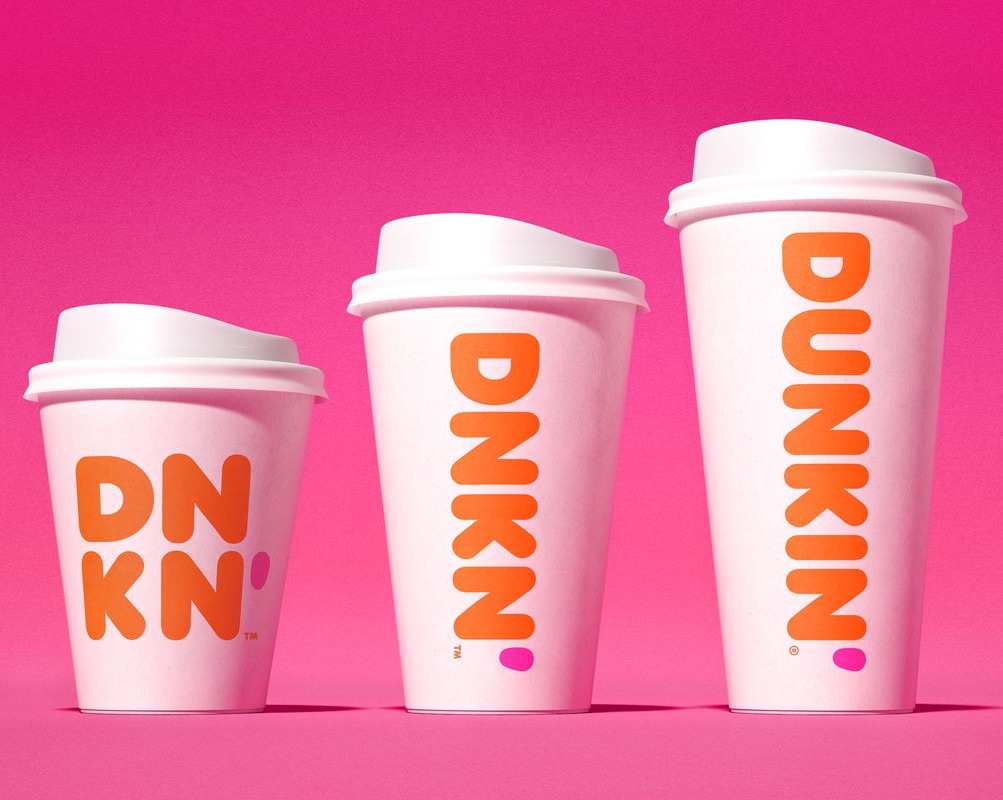 While WW was keen to emphasize it was losing the ‘weight’ (and focusing more broadly on wellness), Dunkin was eager to reassure non-dieters that they can keep the weight on since donuts would remain firmly on the menu.

Both WW and Dunkin are really name evolutions versus name changes. These transitions are very different from, say, Instagram changing from Burbn or Sergey Brin and Larry Page switching to Google from BackRub, their initial corporate moniker.

WW and Dunkin is about an evolving brand strategy brought to life. Dunkin has been emphasizing its broader food and drink options – especially coffee – for a while now with its tagline ‘America runs on Dunkin’ and WW has been keen to tell customers that losing weight is about thinking more holistically about making better food choices changing lifestyles for healthier living. WW of course is rolling out a range of prepared foods all carefully packaged and curated with the new WW logo.

Back to the names and the name change, it’s almost like Dunkin Donuts and WeightWatchers forgot to read the label and threw their names in the dryer and out popped a shrunken version. WW is an absolute clunker. It’s phonetically awkward and doesn’t actually abbreviate the name – think about it, saying “double u, double U’ is six syllables vs. three for ‘WeightWatchers’. Think more and the name sounds like ‘Double You, Double You’ which might suggest that you could be twice or even four times your ideal weight and that’s not exactly comforting. As a naming consultant, I would have preferred to see a name like WellnessWorks where the ‘WW’ acronym is repurposed to shift perception. It’s a bit like what BP did with ‘Beyond Petroleum’ or ‘LG’ did with ‘Life’s Good.

Dunkin on the other hand is brilliant switch. There were rumors that the brand might go the acronym route ‘DD’ but I’m pleased that they didn’t. Not, only does Dunkin directly reference the tagline but it provides a nifty two syllable name that’s as easy to say as Starbucks and that’s kind of the point. Dunkin ($860M revenue) is aiming squarely at Starbucks ($22B in revenue) and would love to see its revenues, like a triple latte, get a major jolt.

There are three big naming insights here which have been overlooked. First, the fact that WW and Dunkin are both shorter names than their originals which tap into the trend of succinct ideas like Uber, eBay, and Skype. Brand owners and customers want names that are short and easy to say – one or two syllables max. The second point is that descriptive names eventually become a liability. The Hong Kong and Shanghai Bank Corporation realized that its global ambitions might be stunted with its name so it changed to a four letter acronym, HSBC. And, Kentucky Fried Chicken switched to KFC because fried food didn’t sound too healthy. Descriptive names work great short term to communicate what you do/make, but as businesses expand and tastes change these names become stale like a day-old basket of wings. Third, descriptors like ‘Donuts’ become unnecessary. Apple Computer formally removed its ‘computer’ descriptor which makes it a lot easier to sell phones, services and stuff that’s not conventionally speaking a ‘computer’. Even, Tesla Motors, dropped the ‘Motors’ tag to help with the firm’s ambitions to sell battery packs and other non-Motor technologies.

For brand owners there are three big takeaways: