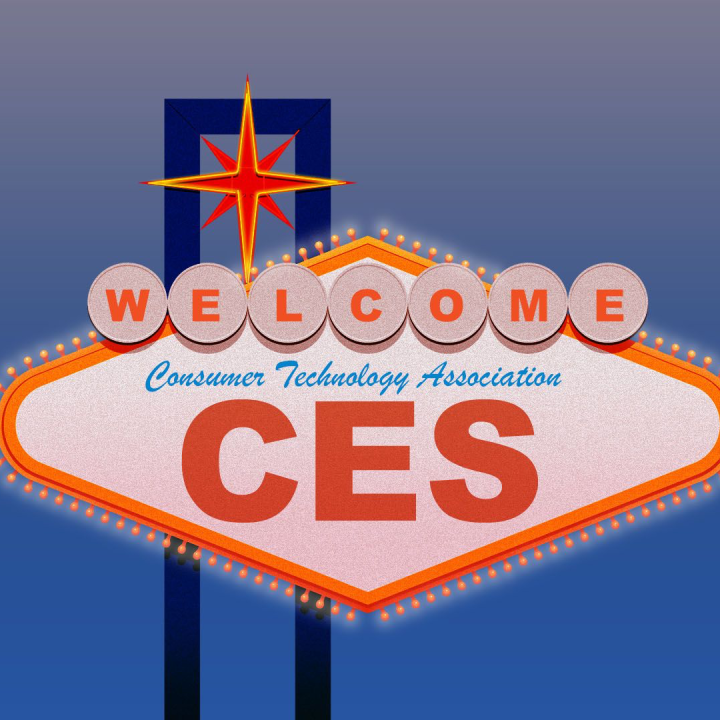 This week was CES aka the Consumer Electronics Show, the gargantuan technology conference where 200,000 attendees descend on Vegas for three days of show and tell, schmoozing and parties.

Companies have spent countless hours dreaming up some of the coolest, raddest, baddest and weirdest tech you can think of (and stuff you could never, ever create in your wildest dreams).

From gadgets to cars, food tech to sex tech.

But never mind the tech, are the names any good? we run the rule on five of the best and five of the worst from CES2020.

FIVE OF THE BEST 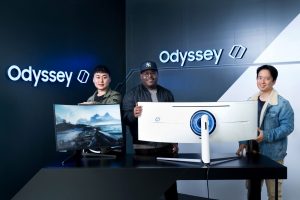 Samsung has a habit of coming up with some weird names (see ‘Ballie’ in the ‘worst’ list below) but Odyssey is an absolute gem. A real, associative word that evokes notions of journeys and epic storytelling.

It’s a moniker that’s perfect for a gamers’ widescreen monitor. Homer would even approve. 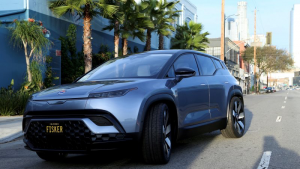 When Fisker launched the Karma in 2008 I was not only in awe not only of the beauty and design of the car but also the cleverness of the name. Karma was bold and memorable idea and spoke of the destiny of an EV with in built environmentally friendliness as well as a phonetic play on Car/Karma.

The Ocean is a different kind of name but through imagery and association underscores a car with vast ( ‘ocean’) capabilities and one that is promoting nature (zero emissions) vs. conventional internal combustion engine vehicles. 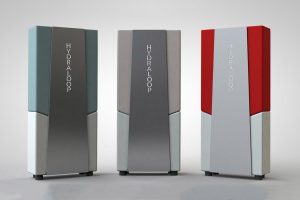 Hydraloop’s namesake product hooks into your home’s existing water system and will take in outgoing waste water and process it in multiple ways. That treated water is then processed by an aerobic bioreactor, and finally disinfected with UV light. Some quick math suggests that a four-person household taking daily showers, using the toilet regularly and using a standard washing machine for clothes could save up to 20,000 gallons of water per year. That’s not just good for the environment — it’s good for your wallet, too.

HydraLoop is a simple, memorable – what we call ‘suggestive-composite’ – name that speaks to ‘water’ and the filtration and the purification ‘loop’. Some may argue that it’s riffing a little too much on Elon Musk’s HyperLoop.

Extra points for the vertical stacked word mark which looks great on the front of the product itself. 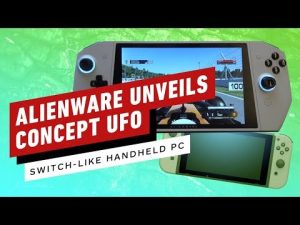 First off, the idea of PC makers can take a leaf out of car companies playbooks and present ‘concept / prototype’ tech is a really smart idea.

Alienware, the Dell-owned gaming PC maker, is typically known for its line of laptops and desktops, but at CES, it unveiled a different type of device: a concept gaming tablet that looks a lot like the Nintendo Switch.

The name ‘Concept UFO’ just draws you in since anything UFO-related is inherently intriguing. But a concept UFO?! well, that’s just doubly mysterious. And, of course, UFOs provides an easy reference point back to the Alienware brand. I’m sure the little green monsters who sat in the name evaluation focus groups offered a quick approval on this name. 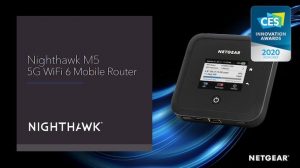 Once upon a time, you bought a WiFi router which served your whole apartment or house and just suffered through those places (like the closet or bathroom) where the signal was weak or non-existent. Now there’s so called MESH wifi systems – multi-device routers that transform and blanket your home with a clear WiFi signal.

The category is already quite cluttered with some bold faced brands like Google Nest, Linksys Velop, Netgear Orbi along with start-up Eero.

Enter Nighthawk, a new product from Netgear whose name probably riffs on the stealthy Lockheed F-117 Nighthawk aircraft or maybe Marvel character. Either way, it’s pretty darn memorable and whether by accident or design, it has a nice double ‘N’ alliteration when you put Netgear and Nighthawk together.

FIVE OF THE WORST 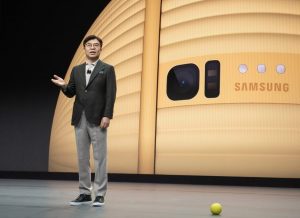 Samsung’s small, yellow Ballie robot is designed to act as a personal assistant for the home. The device uses a mobile interface, on-device artificial intelligence (AI) capabilities, voice activation and an in-built camera to recognise and respond to its users, and help them with various household tasks.

Ballie responds to spoken demands as a pet might, but can be used as a wakeup call, a fitness assistant, to record moments or to manage other smart devices in the home like TVs and vacuums…OK, let me stop right there. This is just a moronic piece of vaporware with an equally ridiculous name. I’m guessing that this is a classic case of a placeholder/project name that just stuck and Samsung either got too lazy – or just ran out of time before CES – to create something better. 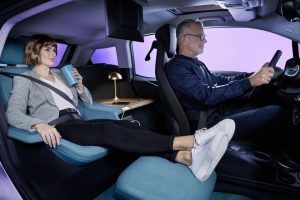 Car tech has become huge at CES and BMW showed off what appeared to be an imaginative chauffeured vehicle combined with the comforts of a home living room. The i3 Urban Suite dumps the standard rear passenger seats for a cozy, personalized sitting room inspired by city apartment living or boutique hotels.

The main issue with this name us the use of the term ‘suite’. The small space in the vehicle hardly constitutes a ‘suite’ at least by hotel standards. Seems like a huge overpromise to me.

Also when I see ‘Urban Suite’ I just think of R&B artist Maxwell and his seminal album ‘Urban Hang Suite’ (one of my personal faves). Come to think of it, maybe BMW should have just called the car the ‘Urban Hang Suite’ and hired Maxwell for a PA at the BMW booth? 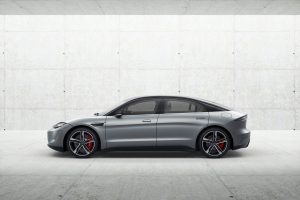 Sony unveiled the Vision-S, a futuristic prototype car that comes loaded with sensors for monitoring its passengers and surroundings and a huge infotainment system with spatial audio. The announcement marks an expansion into the automotive space for Sony, which already makes cameras and sound systems for vehicles — but never a car itself.

While a beautiful design and ‘visionary’ concept from Sony, the name is about as ho-hum as it gets.

Sony, you can do way better at naming (i.e. the Walkman) 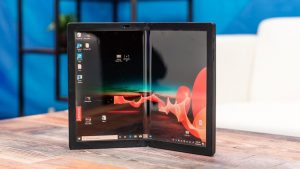 Foldable-screen PCs are one of the biggest trends of CES and ‘fold’ is becoming the de facto modifier for these flexible/bendable screens.

I’d like to see a little more creativity around this category. Intel is at least trying to create a different kind of name for its foldable tech calling it ‘horseshoe bend’ although that name doesn’t exactly roll off the tongue.

Part of the challenge is that not everyone is optimistic about foldable screens. Frank Gillett, an analyst for Forrester Research, predicts that foldable devices will continue to be unpopular, largely because of their high price tags and limited use cases. Gillett isn’t enamored with the name either “Foldables… the pun is too tempting — will be a flop.” 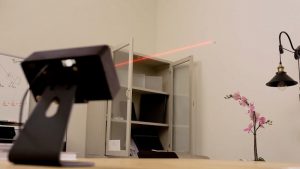 There’s nothing worse than hearing the buzz of a mosquito in your ear or feeling that itch when one of these critters has bitten your ankles.

It’s pretty hard/annoying when you’re trying to swat a mosquito that’s flying around a room and you inevitably lose track of where it is.

Don’t fear Bzigo is here and designed to help as it optically-tracks mozzies and then highlights them with an eye-safe laser.

I get the slightly onomatopoeic nature of this name but I keep asking myself if I’m saying it right. Is it “buzz-I-go” or “BUH-zee-go”.